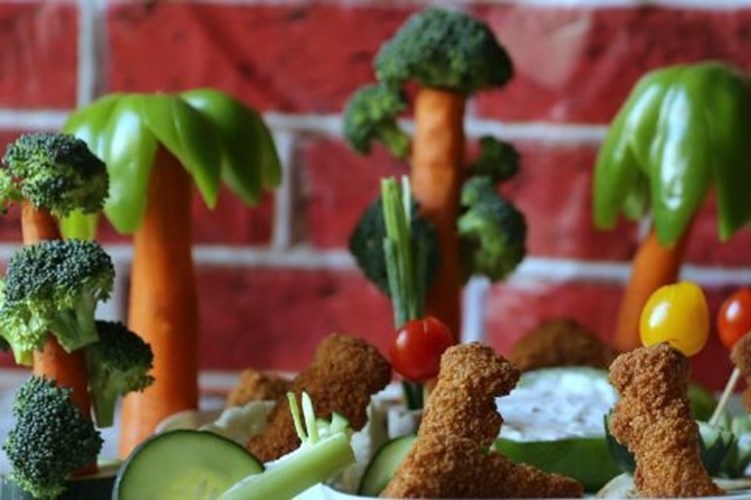 Brian Wansink, a Cornell professor and author of Mindless Eating: Why We Eat More than We Think, has found that giving vegetables an enticing description suddenly makes them mouth-watering. In a six-week experiment at the Cornell Food and Brands Lab, Wansink found that people who ate identically-prepared portions of fish rated the food differently when given different names.

The same principle applies to vegetables, according to Wansink. Just by adding a flattering description to the greens you serve at the table—maybe “Freshly-picked Spring Asparagus” or “Farm-fresh Sautéed Spinach”—your eaters will perceive the vegetable more favourably.

Even picky pre-schoolers whose vocabs don’t include words like “succulent” like veggies better when they have fun names. In interviews with hundreds of 3-to-5-year-olds, Wansink and his researchers found that pre-schoolers ate broccoli like it was candy when they were pretending to be dinosaurs eating a “dinosaur tree.”

Not only can fun names cause kids to want to eat vegetables, it can lead them to eat a lot of veggies. In a recent study, Wansink and fellow researchers found that pre-schoolers would eat twice as many carrots when the veggie was called “X-ray Vision Carrots.” The pre-schoolers continued to eat about 50 percent more carrots days later–even when the fancy name was dropped.

What you can do: