Yoga Could Be the Answer for Chronic Low Back Pain However, it's unclear whether yoga is more effective than other types of exercise, primarily because there's so little evidence directly comparing these interventions, lead author L. Susan Wieland, told Medscape Medical News.

Back pain is sometimes associated with a particular cause (eg, spinal stenosis), but most cases are of unknown origin and are classified as nonspecific. Low back pain may be acute (lasting less than 4 weeks), subacute (between 4 weeks and 3 months), or chronic (3 months or more).

For chronic low back pain, the National Institute for Health and Care Excellence guidelines in the United Kingdom recommend exercise and some manual therapies in addition to non-prescription medication.

The mind-body practice of yoga has become very popular in the United States. According to the one national survey, in 2012 over 21 million US adults had used yoga during the previous year. Almost 20% said that their use of yoga was specifically for back pain.

The types of yoga varied between trials, but the most common was Iyengar, (a form of Hatha yoga) or a modification of this type of yoga. All interventions included meditation, relaxation, or breathing exercises, in addition to physical yoga poses.

For all but one small study, the yoga intervention consisted of one to three yoga classes per week, with each class lasting 45 to 90 minutes.  Nine trials examined yoga vs non-yoga exercise on back-related function.

The review findings, said Dr Katz, "suggest that for patients who are willing to invest the time and expense, yoga appears to be a safe means of achieving small improvements in function."

Patients with chronic nonspecific back pain often ask their doctor about the value of yoga, said Dr Katz. "I think this review will help clinicians to counsel patients that the evidence we have suggests yoga is worth a try." 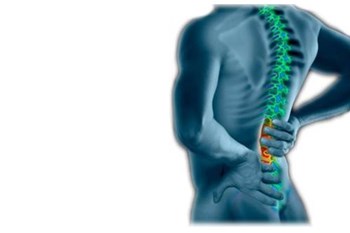 Understanding hip, buttock, and thigh pain that is often worse at night