How To Get Fit And Stay Fit Easier 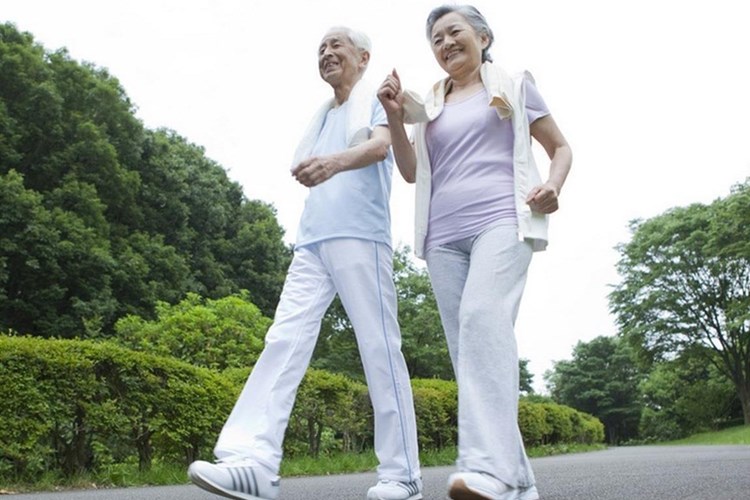 “Walking is a superfood. It’s the defining movement of a human,” says Katy Bowman.

Move Your DNA: Restore Your Health Through Natural Movement, is a new book by Bowman, a biochemist who reveals that no activity does a body better than regular walking.

Her claim revolves around the fact that even the most active people still spend a lot of time sitting. According to Reuters, a study at the University of Texas School of Public Health last year found that the average recreational long-distance runner spends six-and-a-half hours a week exercising but up to over 10 hours a day sitting.

Bowman says that “Actively sedentary is a new category of people who are fit for one hour but sitting around the rest of the day. You can’t offset 10 hours of stillness with one hour of exercise.”

Get out there and walk! Better still break up your day into bouts of walking.

Constant motion is what the body needs to make movement nutrients just as beneficial as those contained in a healthy meal - hence Bowman’s superfood reference. But the best part is, this movement doesn’t have to be strenuous exercise.

Fitness guru Leslie Sansone told Reuters that TV has led many of us to believe that we should only feel fit after a heavily debilitating workout session. She said that while “there’s this Biggest Loser idea out there that if you’re not throwing up and crying you’re not getting fit,” making a habit out of taking three five-minute walks at about 6.5km/h is a great first step in becoming fit.

In terms of how many steps should be done a day, Dr. Carol Ewing Garber of Columbia University says 7,500 will suffice, 10,000 is the best recommendation.

Age is no barrier when it comes to walking.

The professor of movement sciences and president of the American College of Sports Medicine notes that running and weightlifting may be better for certain goals, but they don’t have a broad enough effect on the body.

“If you’re going to pick one thing, research says it should be walking,” she said.

Bowman’s book is among the vast amount of current research suggesting that a good relationship between inactivity and activity is more essential in preventing disease than physical activity alone.