Habits Worth Adopting From Other Countries 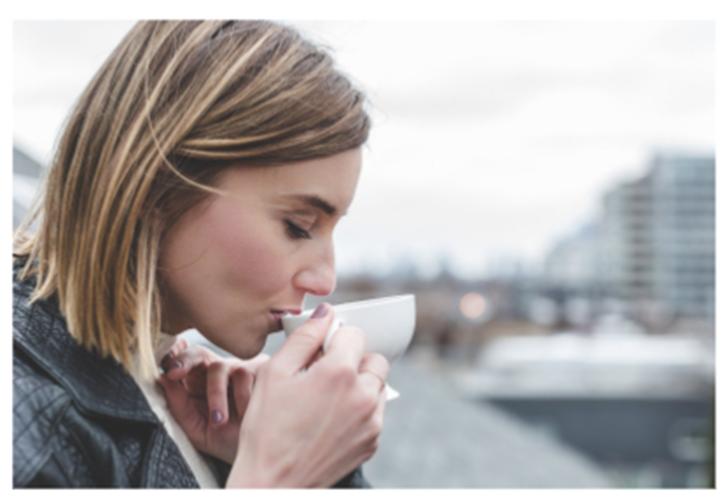 "Many traditional Nigerian dishes include vegetables that are not only highly nutritious, but also intensely flavorful," says Okeke-Igbokwe. "For example, bitter leaf from the plant Veronia amygdalina is a vegetable used to cook bitter leaf (onugbu) soup that is popularly eaten in Nigeria. The leaves of this vegetable has antioxidant properties with several health benefits. Other vegetables like okra are routinely used to make traditional soups."

People don't just ride their bikes for fun in The Netherlands — they ride around to get to work or to run their errands. The European Commission found that Dutch people use bikes as their main mode of transportation more than any other European country. "This form of aerobic exercise promotes cardiovascular health," says Okeke-Igbokwe.

Stressed? We could take a lesson from Turkey and indulge in a soothing bath. "This is a relaxing and rejuvenating experience that will most definitely help one to de-stress," says Okeke-Igbokwe.

"Singapore consistently remains one of the cleanest countries in the world," says Okeke-Igbokwe. "Littering is an offence taken quite seriously there. Improper disposal of waste can have harmful effects on our environment and may promote a breeding ground for germs, bacteria, and disease-carrying rodents. A clean environment is imperative for maintenance of our overall health."

It's not uncommon for workers to work 40-plus hours a week, but in Sweden, employees only have a six-hour workday. Employees report being more productive, happier, and even sick less often, according to the New York Times.

"The inhabitants of Okinawa Japan tend to have a longer lifespan than most others from various regions of the world," says Okeke-Igbokwe. "Their longevity is partly attributed to not only the kinds of food they eat, but also the manner in which they eat their meals. They routinely practice the habit of 'hara hachi bu,' that is eating until they are 80% full. This is a great healthy habit to practice to avoid overeating."

India is known for its rich use of different spices in their food, which not only adds flavour but promotes good health as well. "Consider adding spices like turmeric, ginger, and coriander into your cooking," says Okeke-Igbokwe. "These spices contain some anti-inflammatory properties that can also provide some great health benefits."

A massage is considered a treat for most people, but in Thailand, regular massages are part of a traditional routine.  Massage therapy can do more than just give you a day of luxury: Some studies have found that massages can help relieve anxiety, aid in digestion, relieve insomnia, improve joint pain, and help heal injuries, according to Mayo Clinic.

A study from the journal Appetite found that French people associate food with pleasure more than Americans, but they're more likely to have lower rates of obesity and cardiovascular disease. Allowing yourself a small portion of your favourite treat might be a good habit to pick up - in fact, studies show that indulging in a small bite of a desired food is just as satisfying as eating the whole thing, according to Cornell University.

According to data from Euromonitor, China is the biggest consumer of tea, drinking 1.6 billion pounds per year. A daily cup of tea can have numerous health benefits, including lowered risk of multiple types of cancer, reduced risk of neurological diseases, lowered cholesterol, reduced risk of stroke, and more, according to WebMD.

You've probably heard before that the ultimate healthy diet is the Mediterranean diet, but what makes this diet so impactful is that the Greek don't shy away from healthy fats. Research from the journal Clinical Interventions in Aging found that increased intake of monounsaturated fats — found in foods like nuts, olive oil, and avocado — leads to a longer life expectancy, reduced blood pressure, and lower risk of heart disease.

Even if we can't travel the world, the more we can learn from other places, the more varied our healthy habits can be.